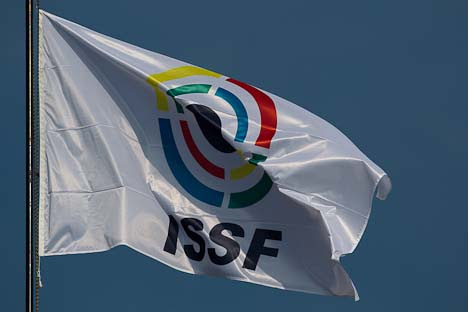 The ISSF Administrative Council recently approved an updated “2nd Edition” of the ISSF 2013-2016 Technical Rules, including the fine tunings that were discussed and approved by the Council.
The ISSF Administrative Council recently approved an updated “2nd Edition” of the ISSF 2013-2016 Technical Rules. The 1st Edition of these Rules was released at the beginning of 2013 and were in effect during all 2013 ISSF Championships. The new revised version of the ISSF Rules is now posted on the ISSF website for download. Printed versions of the 2nd Edition Rules will soon be available and may be ordered from the ISSF Headquarters.
Since there were many changes in the 2013-2016 Rules, the ISSF conducted a careful review of these Rules during the 2013 ISSF Championships. Comments were solicited from ISSF Committees, National Federations, athletes, coaches and officials. The ISSF Rules Committee compiled these comments so they could be studied and discussed during two Rules meetings that took place in July 2013. Drafts of the revised Rules were then prepared and circulated for additional comments. Final drafts were reviewed by all ISSF Committees one additional time before the revised Rules were presented for Council approval.
The 2nd Edition of the 2013-2016 Rules includes all “Rule Interpretations” that were issued during 2013, and “fine tuning of the new Finals Rules. It also includes the modernization of the ISSF equipment control Rules and necessary editing and style corrections.
The 2013-2016 ISSF Rules introduced new Finals formats for all Olympic shooting events and these new Finals were successfully conducted in all 2013 Championships. The ISSF received lots of positive feedback on the new Finals formats and, of course, some negative comments. Especially positive comments came from the IOC, media, TV and young shooters. Affirmative evaluations from IOC members and Olympic television executives were especially encouraging since one of the primary ISSF purposes in changing its Finals formats was to strengthen Shooting’s status as an Olympic sport.
New Rules: the fine tunings
The ISSF evaluated all of the opinions regarding the new Finals and the decision was made to leave the basic formats unchanged, but to make some “fine tuning” changes. Finals start positions will now be determined by random draws and not the qualification ranking. Trap and Double Trap Semifinals will now use all five stations instead of the previous three, but Medal Matches will continue to be shot from three stations. Shotgun preparation times will now be enforced with electronic timing devices. Trap tie-breaking was changed to a system that alternates left and right targets on successive stations. The 25m Pistol Women Finals hit zone was expanded from 10.3 to 10.2. The presentation of all Rifle event finalists will now be the same as it has been for 3-position Rifle Finals where the finalists remain in position as they are introduced and shown on TV. This change makes it possible to eliminate the two-minute Final Sighting Time.
A major change in this 2nd Edition of the Rules concerns a change in pre-competition equipment control from mandatory to voluntary. Athletes are no longer required to bring all of their guns and equipment for checking before the competitions. Equipment Control Sections will continue to be available, but now the athletes can decide which equipment is doubtful and needs to be checked. There is one exception to the voluntary pre-competition testing rule; Rifle jackets and trousers must still be checked and receive the ISSF seals in order to register the jackets and trousers to the athletes. Rifle athletes are allowed to use only one jacket and trousers in each Championship so each athlete must have the shooting jacket and trousers he/she will use checked and registered in the ISSF database.
During the last eight years, the ISSF has learned that only random post-competition testing is truly effective in ensuring that legal equipment is used. As before, athletes continue to be responsible for using only legal equipment and for knowing that their equipment is subject to random post-competition checks. However, with voluntary and not mandatory pre-competition testing, it is expected that the amount of equipment needing checking and the time athletes spend in equipment control lines will be significantly reduced.
The complete edition of the 2013-2016 ISSF Technical Rules, 2nd Print is now approved and is in effect for all competitions from now on.
The Rules are published and may be downloaded under the following link: http://www.issf-sports.org/theissf/rules/english_rulebook.ashx
ISSF