Following the first IPC Shooting World Cup Paralympic qualifier of the season, 34 National Paralympic Committees have quota places for the next Paralympic Games.

IPC Shooting has confirmed that 34 National Paralympic Committees have so far secured
coveted quota places for shooting at the Rio 2016 Paralympic Games, including four that
have qualified directly for the first time.
The news follows the first Paralympic qualifier of 2015 – the IPC Shooting World Cup in
Osijek, Croatia, in early July, with two more to come in Australia and the USA in September
and November respectively.
In Osijek, shooters from Spain and Italy won places for their countries, with Kuwait,
Bulgaria and Uzbekistan all heading to a Paralympic shooting range for the first time. Ireland
obtained their inaugural direct qualification, having competed as a bipartite entry at London
2012.
Athletes were first able to obtain quota spots at the 2014 IPC Shooting World Championships
in Suhl, Germany, where 28 countries successfully began their road to Rio 2016.
Sarah Bond, IPC Shooting Sport Manager, said: “The athletes and teams seem to be delighted
with the new qualification system, which is working to ensure that more countries have the
chance to compete at the highest level.
“We have seen the quality of competition increase consistently in line with an increased
investment by countries to develop shooting and their athletes. We are pleased that this
is now all coming together to create what I am sure will be one of the most competitive
Paralympic Games in history at Rio 2016.”
Also in Osijek, 11 countries added to their quota numbers with South Korea currently leading
the way with 11 places. China have seven whilst Great Britain have achieved six spots.
Australia also have six, having already equalled their number of quota places obtained for
London 2012, with a home World Cup in Sydney, Australia, from 15-19 September still to
come.
The last IPC Shooting World Cup of the season in Fort Benning, USA, will take place
between 3-7 November, offering athletes the final opportunity to qualify.
Once the qualification period ends, countries will begin the process of nominating which
athletes will travel to Rio de Janeiro.
The full list of countries that have achieved quota places can be found on
IPC Shooting’s website.
Posted By Thom Erik Syrdahl 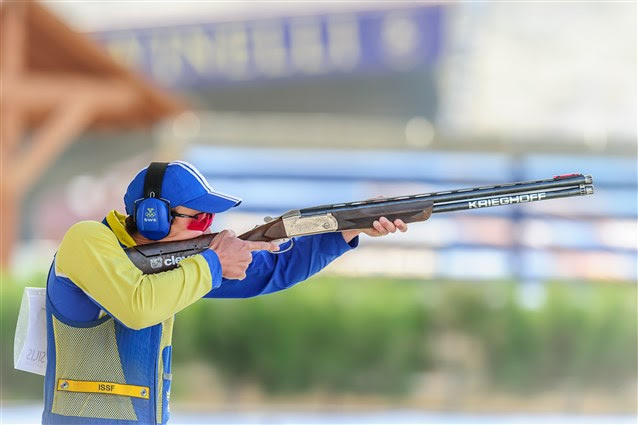 The continental event enlists 37 individual and 34 team events, and it will also assign 21 quota places for the Rio 2016 Olympic Games.
Maribor, Slovenia, is currently hosting the 2015 European Shooting Championship, where the first medals will be assigned today.

37 individual and 34 team events will tke place in a span of nine days, from July 21st to July 29th, when more than 1.000 athletes representing 46 countries will battle for the Gold medals and for the Olympic quotas.

Indeed, 21 slots for the Rio 2016 Summer Olympics will be up for grabs in 11 Olympic Shooting events, while the non-Olympic events will be 10, and they will happen in the 25m, 50m, 50m Running Target and 300m ranges. Junior shooters will also compete for their own 16 continental titles, both in the 25m, 50m and 50m Running Target ranges, and in the Shotgun discipline.
Marco Vettoretti

Portrait of the athlete 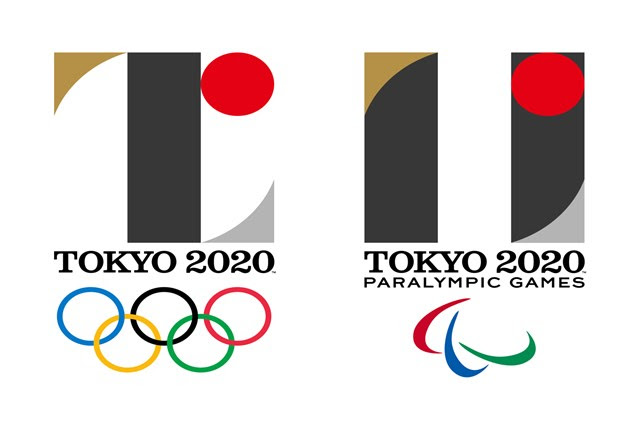 The symbol, designed by Japanese artist Kenjiro Sano, is composed by a black central column, representing diversity and the sum of all colours, and a red circle, symbolising an inclusive world and the power of every beating heart, and it was created to express the power of unity.

“The moment we have all been waiting for has finally arrived.” Said the Tokyo 2020 President, Yoshiro Mori. “The Tokyo 2020 Games emblems are a wonderful work of art that represent the aspirations and the ultimate goal that athletes around the world aim to achieve: taking part in the Olympic and Paralympic Games.”

“The emblems are also symbols behind which the whole of Japan can unite as a single integrated body and join the collective endeavours of the Tokyo 2020 Organising Committee, the Tokyo Metropolitan Government, the national government, the Japanese Olympic Committee, the Japanese Paralympic Committee, the Japanese business community, as well as the Games volunteers and everyone who is assisting with the preparations for the 2020 Games. Let us all unite our efforts under the new Games emblems and work together as one to ensure the realisation of a truly inspirational Olympic and Paralympic Games in 2020.” Concluded Mori.

“When the Paralympic Games return here for the second time they will do so with a growing reputation for being the world’s number one sporting spectacle for driving societal change.” The Vice President of the International Paralympic Committee, Andrew Parsons, said. “The performances of the para-athletes will not just inspire and excite the world, but act as a catalyst for a more inclusive society, here in Japan, across Asia and the whole world. The Tokyo 2020 Paralympic Games will create a brighter tomorrow for millions of people around the world. This emblem, whilst paying testament to Japan’s rich heritage, will represent that brighter future and will become globally synonymous with sporting excellence and the incredible achievements of Paralympians.”.

For any additional information about the Tokyo 2020 Olympic and Paralympic Games please visit their official websitehttp://www.tokyo2020.jp/en/.
M.V. 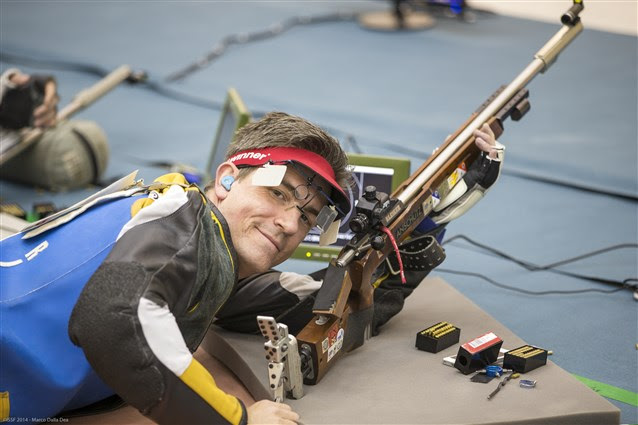 The seventeenth edition of the Pan American Games is still underway in Toronto, Canada, but the  Shooting sport already assigned its fifteen Gold medals and its twenty quota places for the next Olympic Games.

The United States shooting team collected 13 total medals, ensuring the top spot of the final medal table. Led by the Golds awarded to Connor Davis in the 10m Air Rifle Men, Brad Balsley in the 25m Rapid Fire Pistol Men, Kimberly Rhode in the Skeet Women, and Thomas Bayer in the Skeet Men, the US Shooting athletes enhanced their loot with 6 Silver and 3 Bronze medals.
Medals standings

Brazil, the host country of the 2016 Summer Games, ended in 2nd place thanks to 3 Gold medals collected by Felipe Almeida Wu in the 10m Air Pistol Men, Julio Almeida in the 50m Pistol Men, and Cassio Cesar Rippel in the 50m Rifle Prone Men event, while the only other medal earned by the Brazilian team is a Silver, won by Emerson Duarte in the 25m Rapid Fire Pistol Men.

The 3rd place of the table is occupied by the host country of the PAG, Canada, who paired the 3 Golds collected by Brazil with Lynda Kiejko in the 10m Air Pistol Women and in the 25m Pistol Women, and Amanda Chudoba in the Trap Women, also adding a Bronze medal signed by Michel Dion in the 50m Rifle Prone event.

There were twenty Olympic quota places for Rio 2016 up for grabs in Toronto: two for the 10m Air Rifle events, the Trap Men, the Skeet Men and the 50m Rifle 3 Positions Women, and one for any other remaining event.

Once again, USA engrossed the most of them collecting 5 slots, followed by Argentina with 4 and
by three other countries with 2: Brazil, Canada and Peru. Cuba, Mexico, Guatemala, Venezuela and Puerto Rico, finally, all finished with one Rio 2016 spot.

No World Record or Final World Record has been set in Toronto during the eight days of competitions.
Marco Vettoretti