The International Shooting Sports Federation's (ISSF) attempt to enhance the spectator-and-television-friendliness of the sport has caught shooters preparing for the Rio Olympics off guard. But, much to their credit, the shooting fraternity seems to have taken things in their stride and are trying to adapt quickly to the dramaticallychanged scenarios in which they will be pulling triggers.

While the ISSF had been contemplating the introduction of music and a new lighting system in the range during the qualifying and final stages since last year, many shooters were unaware that the changes would also be applicable for the Games in two months' time.

"I was aware about the rule changes but I didn't know they would implement it from the World Cup itself. I thought the rules would change after the Olympics because normally the rule changes come into effect only after the Olympics. They don't really implement it at such a short notice ahead of a big event," said pistol-shooter PN Prakash, on the sidelines of the felicitation function organised by Olympic Gold Quest (OGQ) in the city.

"Honestly, it didn't even register that they were playing the music. I was in the zone by the time I entered the range and once you put earplugs on, it doesn't really matter. I realised that the music was playing when I was watching others shoot from the gallery. As a spectator, it registered. As a player it didn't," said, the 40-year-old who will be participating in the 50m pistol event in Rio.

"The lighting has become a little bit dull in the 10m, but it's just a matter of training and getting used to it," he added.

Another pistol shooter Gurpreet Singh admitted that they were still getting used to the changes. "The fortnight that we will spend in Rio ahead of Olympics will be important to get used to it. We didn't have those targets. But now the Army Marksmen Unit (where he trains) has acquired the targets with the new lighting system and recreated the range environment for its shooters," Gurpreet said. 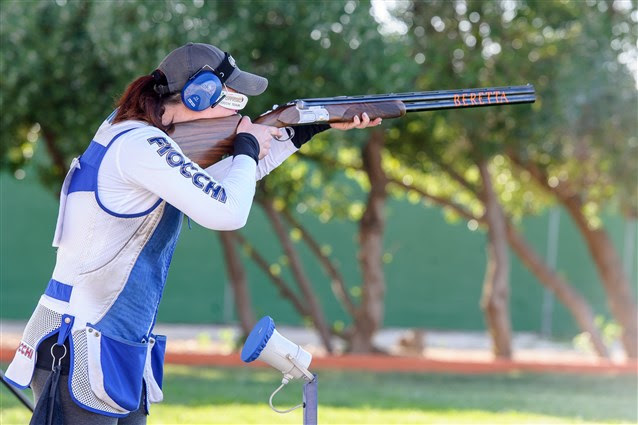 ISSF World Cup Shotgun · San Marino, SMR
Starting on June 1st, the competition will follow the one held in Nicosia (CYP) last March, and it will be the second-to-last of the 2016 season: a combined stage scheduled in Baku (AZE) from June 20th to June 29th, indeed, will archive the 2016 ISSF World Cup Series.
The fifth stage of the ISSF World Cup is about to take place in San Marino (SMR), where from June 1st to June 11th 381 shooters will participate in the competition, representing 71 countries and piling up 388 starts.

The five final matches are scheduled between Friday 3rd and Friday 10th:

It is the second time that small European state hosts an ISSF World Cup stage: the previous one has been held in 2009.

Trap Women shooter Alessandra Perilli, winner of the World Cup Silver medal back in 2009, will headline a home team that will also include her sister, two-time European Champion Arianna Perilli.

The season will then continue in Baku (AZE) with the sixth and last stage of the 2016 ISSF World Cup Series, taking place form the 20th to the 29th of June. The previous ones have been held in Bangkok (THA), Nicosia (CYP), Rio de Janeiro (BRA) and Munich (GER).

All the finals will be streamed live on the ISSF website and on its official Livestream channel.
Marco Vettoretti

Brazil’s shooter expects September’s Paralympic Games can act as catalyst to social change in the region.

Brazil´s Geraldo Rosenthal will be competing at his first Paralympics at Rio 2016, which he hopes will raise awareness of the abilities of people with impairments and Para sports in Latin America.
The 41-year-old shooter believes theParalympic Games can inspire the next generation to take up sports.
“Hosting the Games will be important for Brazil to get new people into Para sports,” said Rosenthal, who holds the P4 (mixed 50m pistol SH1) Americas qualification record with a 528.0 score.
“Rio 2016 will be a huge opportunity for the country to grow, as well as to share knowledge and experiences with people from the whole world.
“I hope the Paralympics to be known by many generations to come as an example of fair play, peace and friendship.”
Rosenthal is expecting to see many spectators attending the different competitions, which he believes will tempt investors.
“We need more people to get involved and support Paralympic sports in Brazil,” he said.
“I want everyone to see the competitors not merely as athletes, but as people who make possible the impossible, as true heroes.”
Earlier this year, Rosenthal claimed gold at an IPC Shooting World Cup, when he won the P5 (mixed 10m air pistol standard SH1) event in Bangkok, Thailand. Whilst the event is not on the Paralympic programme, it still gave Rosenthal a major boost.
“That was a great achievement. It proved me that everything is possible if you make an effort and motivated me to keep trying to outdo myself every day,” he said.
“I hope to maintain this level at this year´s Paralympic Games.
“I was absent too much from work due to my competitions and got fired some time ago. But thanks to this gold medal, I started to receive a significant financial support from the government and can now devote myself entirely to sport.”
Rosenthal trains every day between four and six hours to reach his best possible form ahead of Rio 2016.
“I am not thinking about reaching the podium because I do not want to lose focus on my trainings,” he said.
“I just want to give the best I can. If I finish in first, second or twelfth place, will be consequence of my full commitment.
“Competing at the Paralympics means that you are already amongst the best in the world in your sport, thus having qualified is already a major achievement.
“Whatever the future holds, will be welcomed.”
Rosenthal´s dream goes far beyond shooting. He aims to “become a better person, better athlete, better friend and better human.
“That is what lasts, in the end, more than winning a medal, and what brings you the greatest satisfactions,” he said.
Sport fans from around the world can now buy their Paralympic tickets for Rio 2016 from authorised ticket resellers (ATRs).
The IPC’s Global ATR is Jet Set Sports, and Rio 2016 tickets and packages can be purchased on theCoSport website.
Residents of Brazil can buy 2016 Paralympics tickets directly from the Rio 2016 website.
Postado por tiro esportivo, jm esporte mjndial às 09:18 Nenhum comentário:

The blog Tiro Esportivo Mundial now has a fan page at Facebook where we will be able to keep it up to date and accessible to all.

All you have to do is click on the link below: 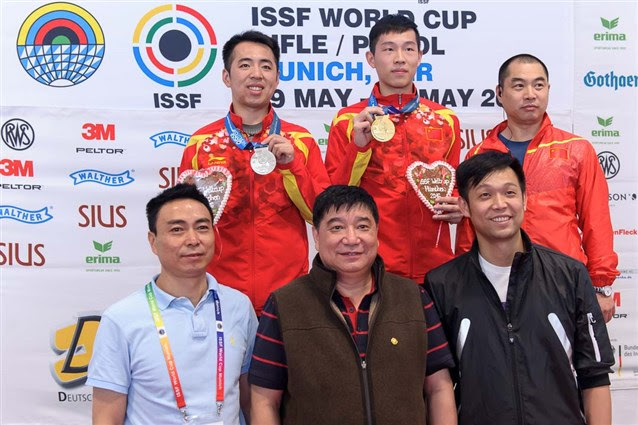 ISSF World Cup Rifle / Pistol · Munich, GER
The People’s Republic of China finished atop of the medal standings. Four records set or equalled. Next stops: San Marino and Baku.
Today’s 50m Rifle 3 Positions Men final won by USA’s Matthew Emmons with a record score of 464.1 points closed the 2016 ISSF Rifle and Pistol World Cup in Munich (GER). 738 athletes from 88 countries competed on the lines of the 1972 Olympic shooting range from the 21st through the 25th of May, in the 10 Rifle and Pistol Olympic shooting events. The People’s Republic of China finished atop of the medal standings, with 3 Gold, 2 Silver and 2 Bronze medals. Serbia closed in second place, with 2 Gold and 1 Silver, while it was the Ukraine that sealed the third place with 1 medal of each color. “As every year, the ISSF is very happy to have a world cup here in Munich, because we all know that the event is organized very well, the athletes are competing in good conditions, and the response of spectators is really positive. The atmosphere is always nice, and the results prove it.” The ISSF Secretary General Franz Schreiber said, after the last match. “The finals have been excellent. We have been wittiness of some exceptional record scores and performances, in these day.” The Secretary General commented, recalling the four world records set or equalled during the competition. The ISSF World Cup Series moves now on to San Marino, where an ISSF Shotgun World Cup will be held between the 1st and the 10th of June. The appointment with Rifle and Pistol shooters is set for the 20th of June, when the fourth and last world cup stage of the season will kick-off in Baku, Azerbaijan.
Medal standings after 10 out 10 events conducted