Several years of research and development has resulted in the inclusion of the shotgun discipline for shooters with a physical impairment.

World Shooting Para Sport will hold the first Para clay target World Cup in 2017, as the sport continues the expansion of its programme into shotgun. © •
By IPC

World Shooting Para Sport will hold its first Para clay target World Cup in 2017, as the sport continues the expansion of its programme into shotgun.
Following several years of research and development, the discipline, based on the Olympic Trap, has taken the next step to being fully recognised by World Shooting Para Sport.
The Para clay target World Cup will kick-off off a two year testing period of the rules and sport specific classification system for athletes with a physical impairment. This is being taken forward by World Shooting Para Sport via a new Para Clay Target Development Group, building on the work of the Italian Shooting Federation (FITAV) who had led the early stages of the project.
Tyler Anderson, World Shooting Para Sport Manager, said: “We are very excited to take over the mantle of developing Para clay target shooting by holding the first World Cup, which is the next major task in building the discipline.
“This is a much anticipated development and represents another crucial milestone in shooting Para sport for the athletes, teams, fans and the media. We cannot wait to see the athletes shoot the first clays at this level in 2017.”
Ryan Montgomery, IPC Summer Sports Director, said: “Our thanks must go to FITAV and the experts from across the fields of technical and classification research for their efforts on this project.
“They have worked tirelessly to ensure that we have a strong basis from which we can develop Para clay target shooting, and we will ensure that their work is taken forward by the new development group in the best possible way.”
At the World Championships in July 2014, National Paralympic Committees and National Federations agreed to progress to the second phase of development of Para clay target shooting. This included further research and testing by FITAV to establish a sport specific classification system from which rules and regulations could be defined.
From there, representatives of World Shooting Para Sport visited the 4th International Para Clay Target shooting Grand Prix in October 2014 in Todi, Italy, to receive an update about research into the classification system and observe competition.
A further two Grand Prix were held in Italy in 2015 and 2016, both attracting 70 athletes from 15 countries, whilst work continued on developing the discipline.
In 2017 the World Shooting Para Sport Para Clay Target World Cup will be held to allow the rules, regulations and classification system to be tested further.
The provisional classification system features three sport classes. Class 1 will include athletes with poor balance and or trunk stability who compete from a wheelchair in a standard seated position. Athletes have an impairment in their lower limbs but no functional limitation in their upper limbs.
Class 2 athletes have good balance and trunk function, and compete from a standing position. Athletes have an impairment in the lower limb(s), but no functional limitation in the upper limbs.
Class 3 athletes have good balance and trunk function, compete from a standing position, and have an impairment in the upper limb (non-shooting arm).
The rules for Para clay target shooting will be published shortly, alongside the dates and location of the World Cup.
In 2012 an agreement regarding the development of the shotgun discipline for shooters with impairments was added to the existing International Paralympic Committee (IPC) and International Shooting Sport Federation (ISSF) Memorandum of Understanding which was originally signed in December 2010. Under the terms of the agreement, the ISSF and IPC assigned FITAV as the organisation that would co-ordinate a research project for the development of Para clay target shooting

The two athletes with highest score in the Final of Air Pistol event during ISSF season.in 2016

🇧🇷 and Oleh Omelchuk of

🇺🇦 finished the season with the highest score in a 10m Air Pistol Men event, as Wu in Bangkok and Omelchuk in Munich both signed 201.9 finals points. #ISSFWC #SeasonHighs
Felipe Wu de 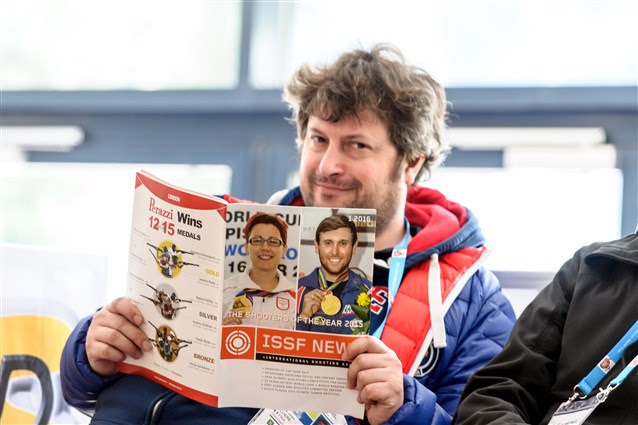 The year that is about to close included records, first timers and many other interesting facts that made it a great year for Shooting sport.

An incredible year for Shooting sport is about to go in the books, with the 2016 ISSF World Cup Series and the Games of the XXXI Olympiad that characterized a season packed with events.

The main competition of the season has obviously been the Rio 2016 Olympic Games, held in Rio de Janeiro (BRA) from August 5th to August 21st. There, 15 Olympic Shooting events took place at the Olympic Shooting Centre, located in the Deodoro Park.

On the very first day of competitions, United States’ Virginia Thrasher secured the women’s 10m Air Rifle, the first Olympic title delivered at the Games, while Vietnam’s Hoang Xuan Vinh secured an historic Gold in the men’s 10m Air Pistol: the first one for his country at the Olympic Games. 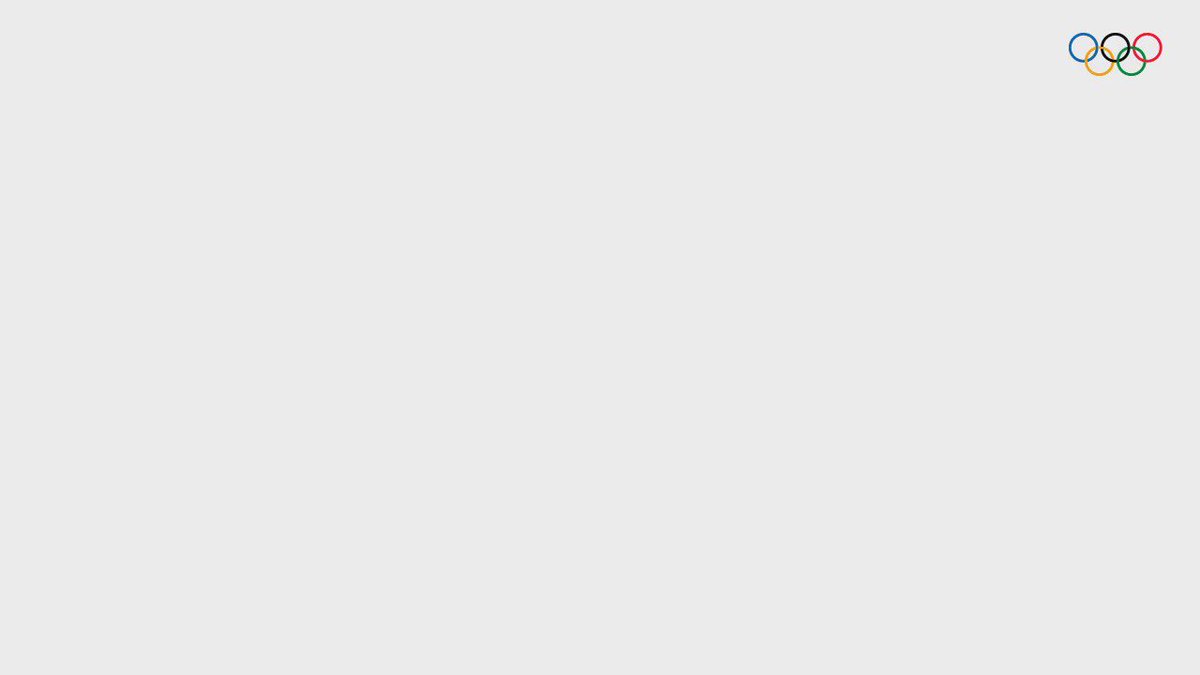 Olympics
✔@Olympics
The results from the men's 10m Air Pistol final! #VIE gets its first gold medal ever at #Olympics !#ShootingSport

On the Shotgun range, six days later, United States’ Kimberly Rhode wrote another page in the book of sport, becoming the first female Olympian to win six medals in six consecutive participation at the Games, from Atlanta 1996 to Rio 2016.

Kim Rhode
✔@KimRhode
Thought you might like to see the back of my 6 #Olympic medals! #Tokyo2020 #stillcantbelieveit @USAShooting@TeamUSA

Another remarkable event was the 50m Pistol Men, held on August 10th, where Republic of Korea’s Jin Jongoh performed one of the greatest comebacks in the history of Shooting sport, securing his third consecutive Olympic title in this event and becoming the first shooter to reach such an unbelievable achievement.

Olympics
✔@Olympics
Jongoh Jin #KOR is the first shooter to win 3 consecutive golds at the Olympics in the same event(50m pistol)!

The numbers of the single ISSF World Cup stages are the following:

While these are the total numbers of the whole World Cup Series:

The People’s Republic of China claimed the highest number of World Cup medals in the whole Series, securing 11 Golds, 10 Silvers and 12 Bronzes, while the United States finished with 15 total podiums: 5 Golds, 6 Silvers and 3 Bronzes.

Germany, Italy and the Republic of Korea are the other countries who finished the season with a double-digit tally of World Cup medals.

The youngest participant of the 2016 ISSF World Cup Series has been Melissa Joan Mauro of Indonesia, who competed in the women’s 10m Air Rifle event in Munich and was born on June 3rd, 2002, while the oldest one has been Canada’s Trap Women shooter Susan Nattrass, who took part in three World Cup stages and was born on November 5th, 1950.
Marco Vettoretti

"To win on home soil will be special," the Hyderabad crack-shot told Sportstar from Patiala, during practice for the selection trials that got under way in the city recently.

Rashmee will be looking to continue with her good performances in Delhi.  – KK NAJEEB


Three-time National women's skeet champion Rashmee Rathore has set her sights on the first ever International Sport Shooting Federation (ISSF) World Cup in India from February 22 to March 4, 2017.
“To win on home soil will be special,” the Hyderabad crack-shot told Sportstar from Patiala, during practice for the selection trials that got under way in the city recently. The national capital has been a happy hunting ground and could bridge the gap between her performances abroad and at home.
Shortage of ammunition seems to be her biggest hurdle. “Against the 15 to 20,000 rounds that shooters practice with overseas, we make do with 4000 to 5000,” rues the Kerala National Games champion. Since it’s mostly imported, costs are not easy to meet without sponsorship.
Her mental strength couldn’t keep pace with advancing technique. To sort out what is perhaps the most vital aspect of her craft, she sought help from Vaibhav Agashe, sports psychologist after being advised by Olympic trap shooter Shagun Chowdhary. Mentor to many marksmen, Agashe counseled her on the need to talk to and understand herself especially under pressure and ways to control stress.
Having Ennio Falco as coach helped immensely. Under the 1996 Atlanta Olympics men’s skeet gold medallist, Rashmee missed making the Asian Shotgun Championships final in Kuwait by a solitary point after powdering the clay 67 out of 75 times! Over time, her displays in international competition registered a rise.
The road ahead is no easy pathway to success. “My daily practice is rigorous. I get up at 4 A.M. and go to the gym an hour later. The drive to the range, 35 km away, is not as exhausting as on the way back home to Sainikpuri, Secunderabad. My passion for shooting keeps me going,” concludes Rashmee.