Moscow is ready to stage the International Shooting Sport Federation (ISSF) Shotgun World Championships with mixed team events due to be held for the first time.
The standalone shotgun event is taking place in Russia’s capital city for the first time, although the city has previously held the full Championships on two occasions.
An Opening Ceremony is scheduled to take place this evening at the Foxlodge Shooting Range, venue for the competition.
Teams have already arrived for the Championships with athletes having started to become accustom to their surroundings during training.
Action will officially begin tomorrow with men’s and women’s trap qualification getting underway before the finals of the latter being held on Saturday (September 2) for both senior and junior athletes.
The men’s competition will conclude the following day.
Mixed team trap will make its debut at the Championships next Monday (September 4), with the discipline having been included on the programme for the 2020 Olympic Games in Tokyo.
The ISSF decided earlier this year to introduced mixed gender team events in trap, 10m air rifle and 10m air pistol for Tokyo 2020 as they moved to implement the International Olympic Committee's (IOC) Agenda 2020. Double trap competition will feature, shortly after its axe from the Olympic programme ©Getty Images
Part of the project set up by the IOC was to equal the balance between disciplines for men and women in the sports included on the Olympic programme.
Men’s double trap was removed from the Olympic programme to accommodate mixed team trap competition.
The discipline will still be held at the World Championships, with competition taking place on Tuesday (September 5), the day after the trap team event.
Attention will then turn toward skeet shooting, with training and qualification days due to be held next Wednesday and Thursday (September 6 and 7).
Women’s senior and junior skeet finals will be held the next day, followed by men’s action on September 9.
A mixed team skeet final will conclude the Championships on September 10.

The 2017 ISSF Shotgun World Championship begins on Wednesday in Moscow

The 2017 ISSF Shotgun World Championship begins on Wednesday, August 30, at FOXLODGE Shooting Range in Moscow. The Championship of Trap and Skeet will conclude on September 11.

According to Andreas Lazarides, the correspondent of the Cyprus Sports Reporter Union, 665 shooters and teams from 78 countries will participate in the Championship, while 370 officials will attend the event.

The Cyprus team on Trap comprises the shooters Andreas Makris, Christoforos Constantinides and Georgia Constantinidou, who are accompanied by the federal coach Costas Pavlou. The delegation flies to Moscow on Tuesday and they will make their first practice at the FOXLODGE Shooting Range on Wednesday.

On Monday, September 4, the new Olympic sport called “MIXED TRAP” will be held and Cyprus will participate with the shooters Andreas Makris and Georgia Constantinidou.
— (KYPE)

MOKOKCHUNG, AUGUST 27 (MExN): Ladybird School Mokokchung got its first 10 meters rifle and pistol shooting range at its school campus. The first of its kind initiative is organized by Ladybird School under the aegis of Nagaland Rifle Association.

Speaking at a press conference the Financial Advisor Ladybird School Chubatoshi said that it is an earnest venture to inculcate discipline and self control and also to motivate students along with education.

He stated that the school is small in its volume and students from poor families are enrolled thus in order to give a chance to see and understand what others are doing the school has decided to start the shooting range exclusively for the interested enrolled students of the school. On this he said, “As of now we can’t go for long ranges but the basic 10 meter range is now well established and provided interested enrolled students”.

Apart from being an Olympics event, 150 medals from a championship can be won under the International Shooting Sports Federation (ISSF) such as World Cup, World Chapionship, Commonwealth Games, Commonwealth Championship Events, Asian Games, South Asian Federation Ganes, Afro-Asian Games as well he said.

Posted by Thom Erik Syrdahl
My comment:- A very interesting initiative. In addition to encouraging young students to take an interest in the sport of shooting, students, due to the sport's ethos, will develop self-control that will directly benefit the studies and learning in the school.
Source: - http://morungexpress.com/ladybird-school-gets-10-meters-rifle-pistol-shooting-range/ 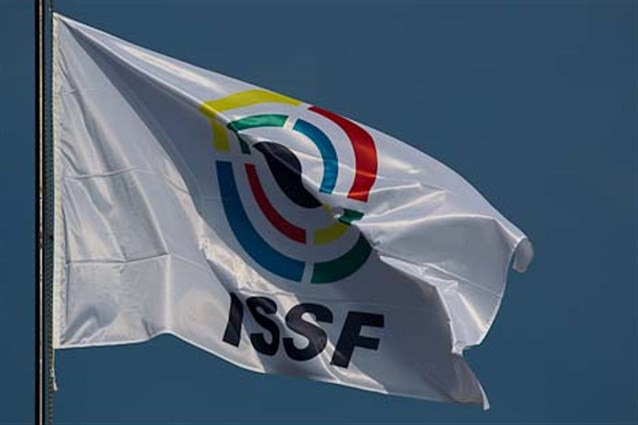 The event will enjoy live TV production available all over the world and social media coverage across all platforms.

The 2017 ISSF Shotgun World Championship to be held in Moscow Region, Russia, from the 30th of August through the 11th of September 2017, will be covered live across all media.

Finals will be broadcasted on TV from the 2nd of September through the 10th of September, as all necessary arrangements have been done by the ISSF, the Organizing Committee and the European Broadcasting Union (EBU).

The TV signal will be distributed via the European Broadcasting Union (EBU) distribution system, and will be available to broadcasters all over the world.

Live footage of the finals will also be available, free of charge, on the ISSF website, on the ISSF Livestream channel, and on Facebook.

The coverage of the finals will also be available for playback on the ISSF YouTube Channel.

The ISSF constantly works to improve media coverage of its events, in order to maximize the visibility of the sport, in an effort to develop shooting disciplines all over the world, with a special focus on grass-roots.

Next to TV production, media facilities will be available on site for press and photographers, and a social media team will cover the event in English and Chinese language. 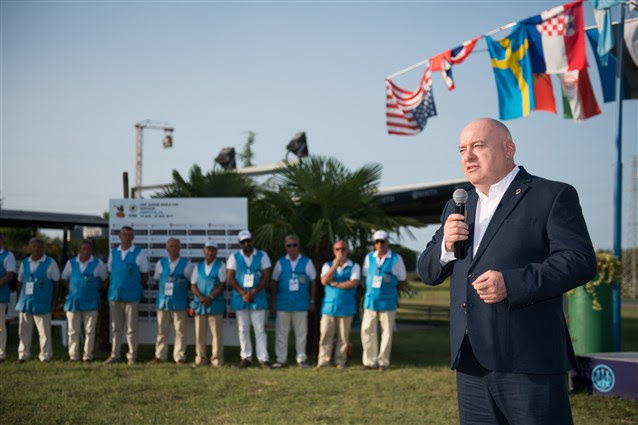 220 athletes coming from 33 nations competed in the Cup, which was officially closed by the member of the ISSF Executive Committee Kevin Kilty this afternoon.

Junior athletes from all over the world competed in Trap, Double Trap and Skeet events, as well as in a test match of the new Trap Mixed Team event that has been recently approved by the ISSF and the IOC for inclusion in the Tokyo 2020 Olympic Program.

The Italian team dominated the competition, finishing atop of the medals standings on their home turf with a total of 6 medals (2 Gold, 2 Silver, 2 Bronze).
The United States shotgun junior team, accompanied here in Porpetto by the 2008 and 2012 Olympic Champion Vincent Hancock, finished in second with 1 Gold and 1 Silver, while Spain and Great Britain tied in third place with 1 Gold medal each.

Medalists by Event after 5 out of 5 events Once again, host country Italy turned out to be the protagonist of the competition, placing two athletes on the podium in first and third position, while USA secured silver.

Elia Sdruccioli, 19, at his second participation in an ISSF Junior World Cup, claimed the brightest medal on his home turf with 57 hits out of 60 targets in the final, turning out to be unreachable as he set a new junior world record.

Sdruccioli shattered the previous record of 55 hits, established by Johan Birklykke of Denmark at the European Championship in Baku, on the 1st of August 2017.

“It has been a difficult competition, due to the weather conditions. It has been quite hot down here in Porpetto, and yesterday - during the first competition day - the wind kicked-in and disturbed us during the match.”

The Italian shooter made it to the final with the second-highest qualification score,119 +2 hits, facing some of the best junior shooters of the world in the medal match.

“Today, I started-off the final with a lot of emotions,” he continued, “I was a bit stressed. But then I zeroes in, and I finally calmed down as I saw the other finalists missing some clays, and therefore my lead increasing series after series.”

“I have been training a lot for this. I started the season in February, training five days a week, morning and afternoon, both on the range and at the gym. Hard work pays off.”

“I am now preparing for the ISSF World Championship in Moscow. In about ten days I will fly to Russia, and that’s my next goal to accomplish. Then, of course, I am looking forward to the next two years. To participate in the Tokyo 2020 Olympics is a dream.”

USA’s Christian Elliott, 19, currently ranked 63rd in the world as he competed in a seniors’ world cup in Larnaka (CYP) earlier this year, finished in second place with 55 hits, clinching his first international medal ever.

The 2015 European Championship junior silver medalist, Eetu Kallioinen of Finland, 19, took the 4th place with a score of 36 targets. He was followed by the reigning junior world champion, Italy’s Valerio Palmucci, 5th with 25 hits, and by USA’s first-time participant Elijah Keith Ellis, 16, who took the 6th place with 16 hits.