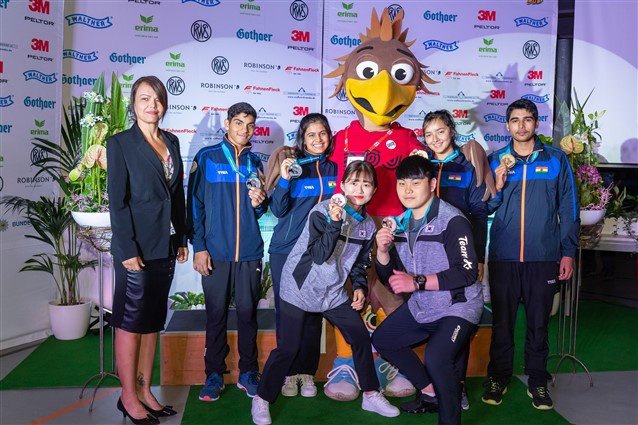 The second junior competition of the 2018 season concluded at the Suhl Shooting Centre, where a new record in terms of total starts were set by the hundreds of junior athletes that participated.
The ISSF Junior World Cup 2 concluded today in Suhl (GER), where 761 junior shooters gathered from the 22nd of June and competed in 22 Rifle, Pistol and Shotgun events — both individual and team. They represented 61 countries, piling up the impressive total of 1544 starts: the highest number in the history of the Junior World Cup.
Final medal standings
India and the People’s Republic of China battled all along the competition for the top position in the medal board, which was eventually taken by the Indian National Team with 26 total medals: 15 golds, two silvers and nine bronzes. People’s Republic of China took 2nd place with 21 podiums: six golds, nine silvers and six bronzes.

Italy finished behind the two giants, taking 3rd place with four gold medals, five silver and eight bronze ones, followed by the Czech Republic and the Russian Federation, who respectively placed 4th and 5th.

The only Equaled World Record was signed by India, who scored 1730 team points in the 10m Air Pistol Men Junior event.

The next ISSF competition will be the ISSF World Cup Stage 6, taking place in Tucson (USA) from the 9th to the 19th of July.

All ISSF competitions will be streamed live on the ISSF website, on the Federation’s Livestream channel and on its official Facebook page.